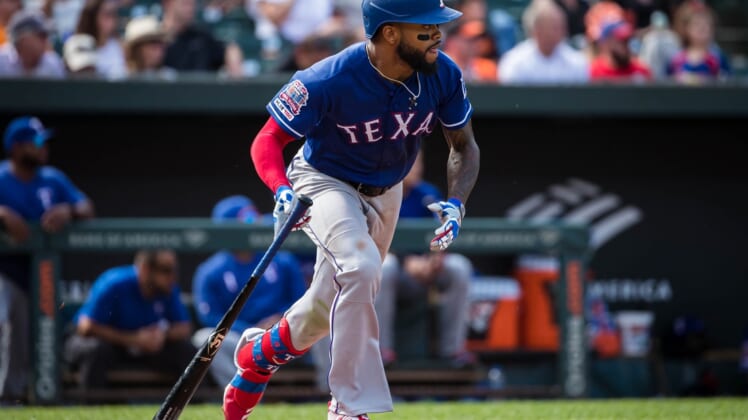 Free-agent outfielder Delino DeShields will return to the Texas Rangers organization, signing a minor league deal Monday with the club he played with for five seasons before being traded last year.

The 28-year-old finished seventh in the 2015 American League rookie-of-the-year voting when he batted .261 with two home runs, 37 RBIs and 25 steals. That has been the best season of his career to date.

In six seasons, he is a career .246 hitter with 18 home runs, 133 RBIs and 109 steals in 576 games, 539 of which were with the Rangers before he was traded to the Cleveland Indians. DeShields played 37 games with the Cleveland Indians last season, batting .252 with seven RBI and two steals.

Related: If you’re a fan of the Rangers, check out #Rangers rumors, rankings, and news here.

The son of a 13-year major leaguer by the same name, the younger DeShields was the eighth overall selection in the 2010 draft by the Houston Astros. Primarily a center fielder, he also has 121 games of experience in left.