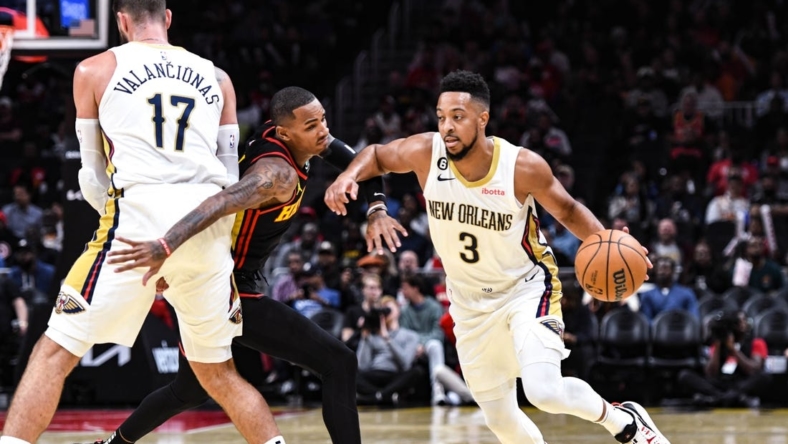 Dejounte Murray produced a triple-double and sparked the Atlanta Hawks to a 124-121 overtime win against the visiting New Orleans Pelicans on Saturday.

Murray scored Atlanta’s final two baskets of regulation, including the game-tying field goal with 4.1 seconds to force overtime. He scored the first two baskets in overtime and made two free throws with 12.5 seconds left to give Atlanta a six-point lead.

Murray had 22 points, 10 rebounds, 11 assists and three steals for the 18th regular-season triple-double of his career. Trae Young led the team with 34 points and 10 assists and Clint Capela had season highs with 21 points, 19 rebounds and matched his season best with four blocked shots.

The Hawks led by 12 with 3:19 left to play in the second quarter after Capela made a dunk, but New Orleans used a 7-0 run to pull within five before Atlanta went into the break with a 60-52 lead.

It was the 101st game in which Young has scored 30-plus points, breaking the tie with John Drew for fourth place in franchise history. Lou Hudson is No. 3 with 167.

It also was the 30th straight game in which Atlanta has scored 100-plus points dating back to March 3, 2022, and the fifth-longest scoring streak in franchise history.

The two teams will complete their season series on Feb. 7 in New Orleans. They split two games last season.