WATCH: Heartwarming story as Dejounte Murray reunites with his father 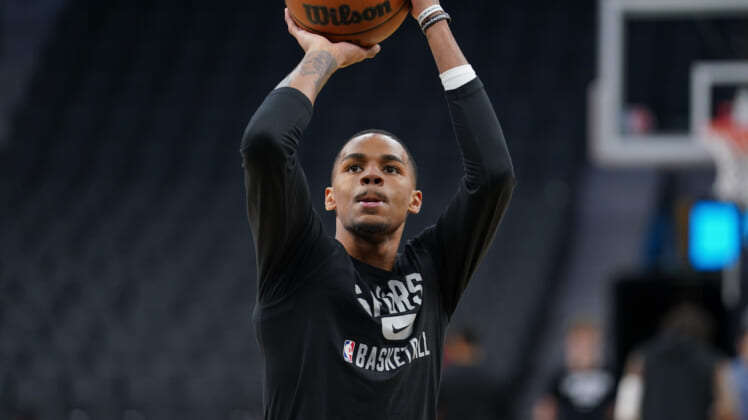 San Antonio Spurs star guard Dejounte Murray spent this holiday weekend reuniting with his father after a falling out between the two seven or eight years ago.

It is among the most heartwarming stories of Father’s Day. Murray, 25, rolled up to his father’s house earlier in the weekend to pay his dad a visit. What proceeded was an emotional moment between the two.

Murray went on to say “I love you dad more than you will ever know and thank you for taking ownership on why you wasn’t there as much as I wanted you to be as a kid.”

Talk about a story of redemption and second chances. Based on Murray’s own timeline, he hasn’t had a relationship with his dad since his teenage years. As you can tell, his father was pretty darn emotional during the reunion.

The older Murray also took to social media to thank his son.

A first-round pick of the Spurs out of Washington back in 2016, Murray has morphed into one f the better point guards in the NBA. He averaged 21.1 points, 8.3 rebounds and 9.2 assists en route to earning his first ever All-Star appearance last season.

With his basketball career taking off, Dejounte Murray is now focusing on making his life whole of the court. It’s just great to see.