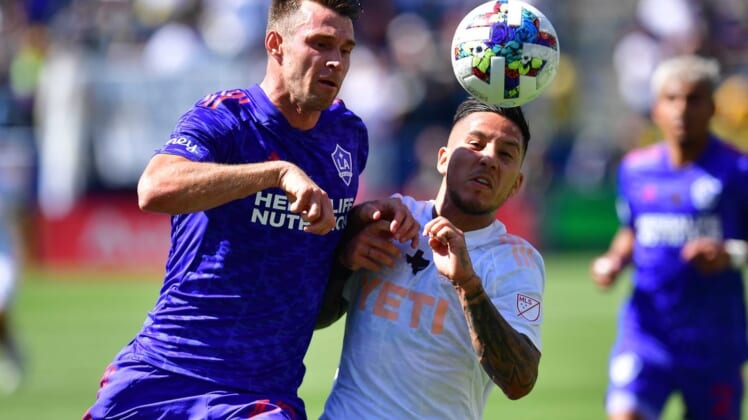 Substitute Dejan Joveljic scored his second and third goals of the season and added an assist as the LA Galaxy overcame an early second-half deficit in a 4-1 victory over visiting Austin FC on Sunday afternoon.

Javier “Chicharito” Hernandez added his team-leading sixth goal of the season three minutes before Joveljic scored his first of the match to give the Galaxy (7-5-2, 23 points) the lead and help them snap a three-match winless run.

Efrain Alvarez added a late insurance goal for the home side, which could’ve led by halftime but saw Chicharito’s early penalty kick saved by Brad Stuver and another potential goal overturned for offside following video review.

Diego Fagundez scored his third goal of the season to give Austin (7-4-3, 24 points) a brief lead in their second trip to Southern California in 12 days. Stuver made six saves, keeping his side in the match for the first hour before the Galaxy turned it on late.

After their unlucky first half, the Galaxy also applied the early pressure in the second before going down through Fagundez’s 54th minute strike.

Owen Wolff supplied the service from the right, winning a challenge to keep the ball after a heavy first touch and then finding Fagundez near the penalty spot. Fagundez snapped a shot into the top left corner to beat Jonathan Bond from about 14 yards out.

The Galaxy leveled in the 61st minute on an excellent team attack down the right. Julian Araujo drove in an outswinging cross from the right to Joveljic, who found Chicharito with a slick, first-touch backheel. Chicharito hammered in the finish for his first MLS goal since a 2-1 win over LAFC on April 9.

The decisive goal came just three minutes later when the Galaxy won possession in midfield from an Austin goal kick. Kevin Cabral ran onto a pass down the left and crossed into the box in transition.

Defender Zan Kolmanic reached it first but struck his clearance attempt straight into Joveljic’s chest. Joveljic controlled the ball and slotted it easily past Stuver to give LA the lead.

Joveljic completed his brace in transition in the 88th minute, and Efrain Alvarez also scored on the break two minutes later to complete a dominant performance that took the Galaxy up to fifth in the Western Conference, just behind Austin in fourth.