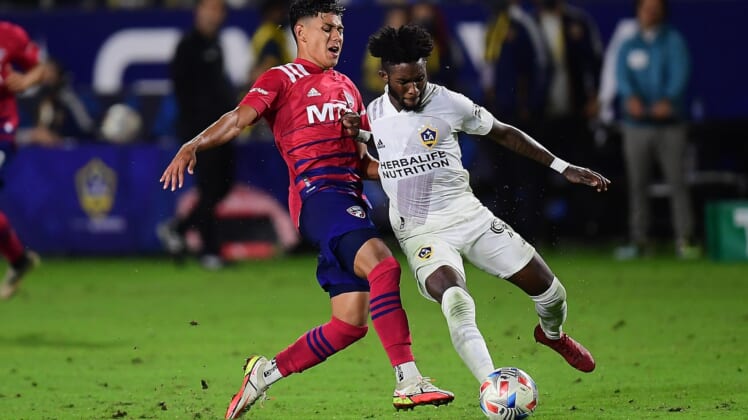 The Galaxy (6-3-1, 19 points) have scored just 11 goals in 10 matches this season but have allowed only seven — tied with Dallas for the fewest in MLS. Los Angeles goalkeeper Jonathan Bond is tied for the league lead with five shutouts.

The Galaxy are looking for more production from forward Kevin Cabral, who has just one goal on the season — albeit in a U.S. Open Cup match last month. Even so, the team believes Cabral impacts the game in other ways.

FC Dallas (5-1-4, 19 points) also has allowed only seven goals on the season and is coming off a 2-0 win over Seattle last weekend that extended its unbeaten streak to eight matches (5-0-3). However, Dallas in winless in its past 10 road matches, with six draws and four defeats.

Forward Jesus Ferreira has scored seven goals in his first 10 games this season, and he could be on the U.S. national team come World Cup time. Only MLS legend Jason Kreis, with eight in 1999, has scored more goals in the first 10 games of a season in Dallas’ MLS history.

FC Dallas has been somewhat of a surprise with its early-season success.