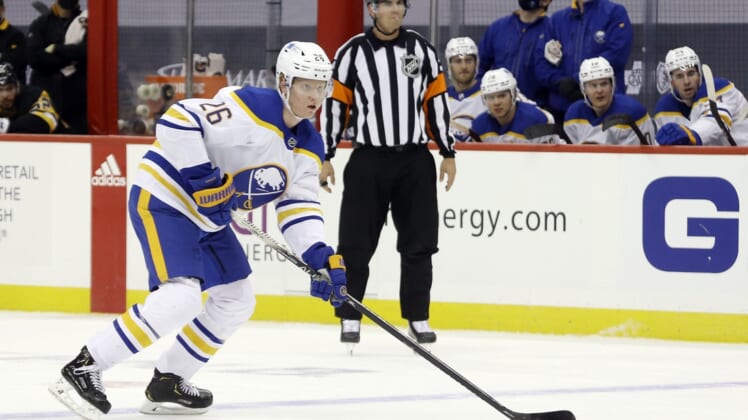 Buffalo selected the Sweden native with the No. 1 overall pick in the 2018 NHL Draft. He was a finalist for the Calder Memorial Trophy in 2018-19, when he led rookie defensemen with 44 points.

In his first two seasons, Dahlin had 84 points before turning 20 — second most in NHL history behind Phil Housley.

Housley also did it with the Sabres, his first stop in a long Hall of Fame career.

The Sabres will hold their first training camp practice on Thursday. They open the season at home Oct. 14 against the Montreal Canadiens.