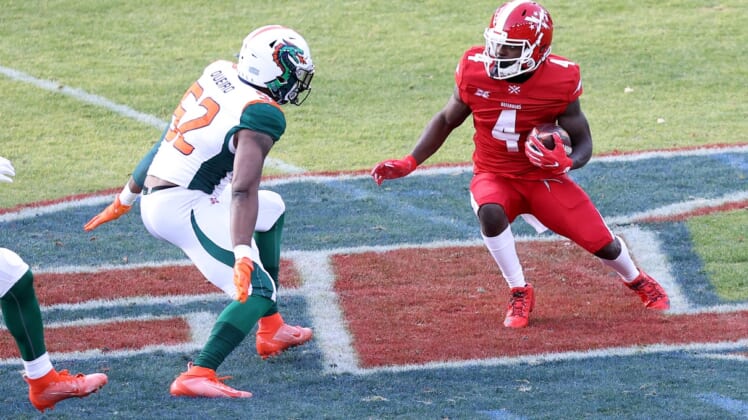 When the DC Defenders took the field for Saturday’s game, Defenders receiver Eli Rogers did so with a heavy heart. Just days after his mother passed away and with his family attending her funeral services, Rogers suited up to be with his teammates.

Rogers, who played with the Pittsburgh Steelers for three seasons, is one of the best players on the Defenders’ roster and an integral part of their offense. It didn’t take him long to come through for his team with a big play.

We can’t begin to imagine the emotions Rogers is dealing with right now. We extend our condolences to the Rogers family during this incredibly difficult time.