DC Defenders take running back Abram Smith with No. 1 pick in XFL draft 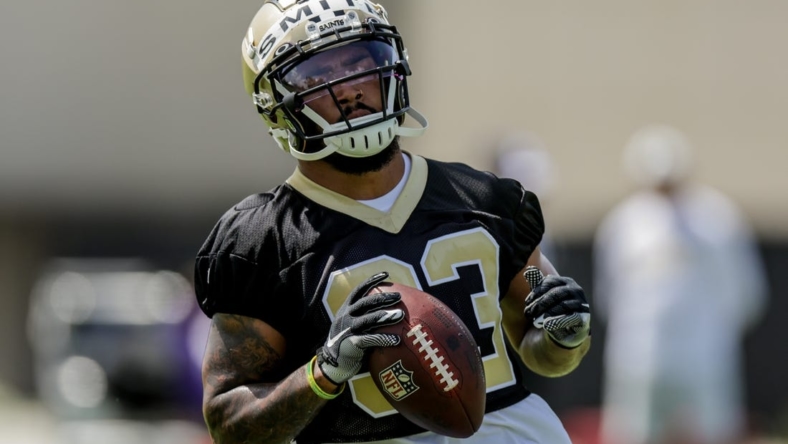 The D.C. Defenders made former Baylor running back Abram Smith the first pick in the 2022 XFL Draft on Wednesday.

The eight teams in the rebooted league will fill out their rosters at the draft in Las Vegas, which concludes Thursday. Each was required to select an offensive skill-position player in the first round.

Smith had an unspectacular career at Baylor until his senior season in 2021, when he carried the ball 257 times for 1,601 yards and 12 touchdowns over 14 games. He signed with the New Orleans Saints as an undrafted free agent in May and was cut near the end of training camp.

With the second pick, the St. Louis Battlehawks chose wide receiver Marcell Ateman, a seventh-round pick by the then-Oakland Raiders in 2018. He appeared in 19 games (six starts) over three seasons with the Raiders and made 20 catches for 270 yards with one touchdown.

The Vegas Vipers also drafted a wide receiver with NFL experience, taking Martavis Bryant with the fifth overall pick. Bryant had 145 catches for 2,183 yards and 17 touchdowns with the Pittsburgh Steelers (2014-15, 2017) and Raiders (2018).

In between the picks by the Battlehawks and Vipers, the San Antonio Brahmas took running back Jacques Patrick (Florida State) at No. 3, who preceded the selection of wide receiver Charleston Rambo (Miami) by the Orlando Guardians.

To finish the round, the Seattle Sea Dragons grabbed wide receiver Kevin Shaa (Liberty) at No. 6. Tight end Sal Cannella (Auburn) went to the Arlington Breakers, and the Houston Roughnecks took running back Adiran Killins with the eighth and final pick of the first round.

Killins played in one career NFL game with the Philadelphia Eagles in 2020 and caught one pass for two yards.