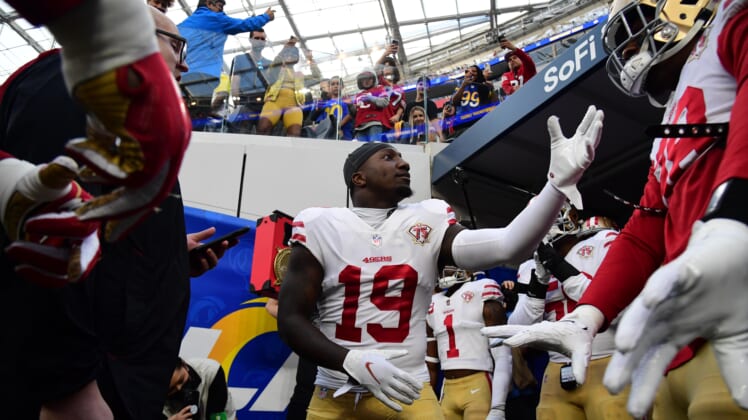 It seems like the spring rift between the San Francisco 49ers and wide receiver Deebo Samuel may be transitioning into a summer of peaceful resolution.

One of the surprises during the early part of the 2022 NFL Offseason was the issues that quickly developed between the 49ers and first-time All-Pro Deebo Samuel. What started as a subtle show of unhappiness on social media exploded into a reported trade request from the star wideout in April.

However, despite the seeming anger and frustration on Samuel’s side, the team and its executives have put out a confident front that the two sides would eventually work things out. It was a bit surprising considering that Tyreek Hill, Davante Adams, and AJ Brown — top-level wide receivers looking for massive long-term extensions — were all traded this offseason.

Last week, San Francisco 49ers general managers John Lynch said during an appearance at the “Dwight Clark Legacy Series” event he expected Samuel to be in red-and-gold in 2022, and that trading him would be a “dumb” decision. Well, it seems Lynch’s confident words were not a proclamation based on hope, but on an understanding that the relationship between the team and Samuel is heading in a positive direction.

On Tuesday, NFL Network league insider Ian Rapoport reported that Samuel was set to appear at the team’s mandatory minicamp, in the latest show that the rift between the two sides is likely at an end. He did not appear at the organization’s voluntary camp last month.

Despite Samuel showing he wants to play for the 49ers in 2022, there is still the question of does he stay in San Francisco long-term? Samuel had a ridiculous season in 2021 where he racked up over 1,700 all-purpose yards and scored 14 touchdowns. With plans to have second-year man Trey Lance start this season, if the 26-year-old puts up similar numbers, he may force the 49ers’ hand. 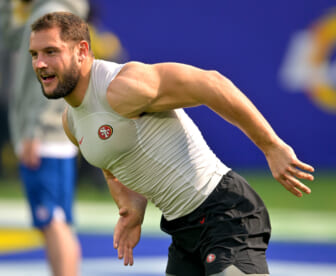 Also Read:
What a Nick Bosa contract extension from the San Francisco 49ers will look like

While using up a large portion of the salary cap on a wide receiver hasn’t proven to be a long-term winning formula, investing in Samuel to make their young QBs development easier may be worth the money.