49ers star Dee Ford had treatment for tendinitis in knee, out for ‘at least a week’ 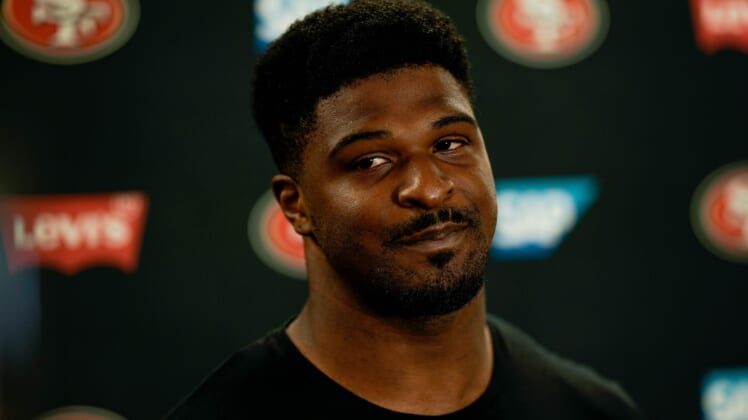 The San Francisco 49ers gave up draft picks to trade for Dee Ford, and then they paid him a ton of money afterward. Now, he’s dealing with a knee injury.

Matt Maiocco of NBC Sports Bay Area reports Ford has already missed three practices due to the injury. He is now expected to miss at least a week after undergoing a platelet-rich plasma treatment on his knee.

Last week, head coach Kyle Shanahan brushed off any concerns of this being a big issue, saying, “He says it happens about every camp and then usually goes away.” However, there may be at least a bit of consternation about this latest development.

Ford is expected to be a major force up front for the 49ers this season. He tallied 13 sacks last year for the Kansas City Chiefs and was paid to produce in like manner this season, and going forward.

Needless to say, it would be a huge blow to San Francisco if Ford’s injury turns out to be a bit more troublesome than what he’s experienced in the past.