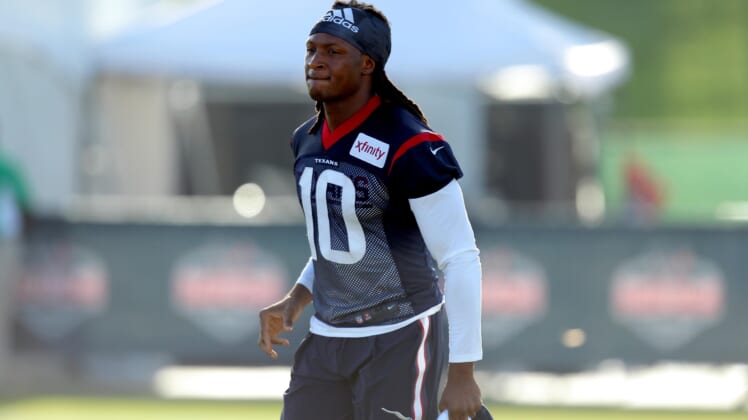 As the Houston Texans prepare for their playoff matchup against the Indianapolis Colts, Texans wide receiver DeAndre Hopkins will be playing for an even more meaningful purpose.

Hopkins is pledging his game check to the family of seven-year-old Jazmine Barnes, who was murdered on Sunday while in the car with her family. Barnes’ mother was also shot and her two sisters were wounded, according to The Houston Chronicle.

Hopkins, who has a young daughter, announced on Twitter that he saw his own daughter in Barnes’ face and he will be covering the funeral costs for her family and playing in her honor.

When I see Jazmine Barnes' face, I see my own daughter. I'm pledging my playoff check this week to help her family with funeral costs and to support @shaunking @SherriffED_HCSO @SylvesterTurner in bringing this man to justice. On Saturday, I will be playing in your honor, Jazmine pic.twitter.com/oCRYSgfGO9

Our condolences go out to Barnes’ family.