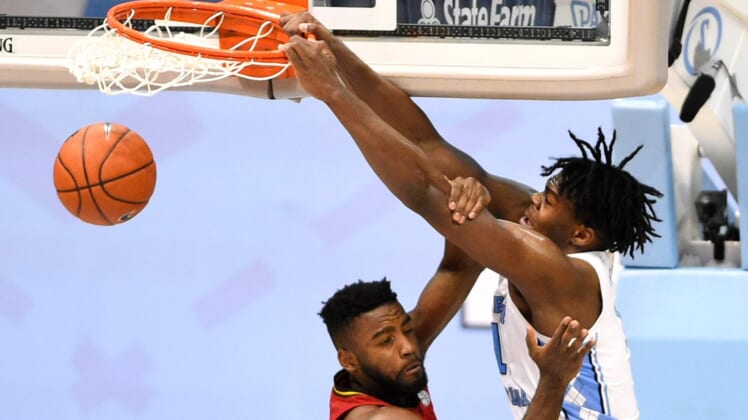 Day’Ron Sharpe, a 6-11 forward who played one season at North Carolina, reportedly withdrew from this week’s NBA Draft Combine but is not returning to the Tar Heels.

Sports Illustrated reported Tuesday that Sharpe pulled out of team interviews and did not have his measurements taken at the combine in Chicago. He signed a representation agreement last week with CAA Sports Basketball Division as part of its 2021 NBA Draft class.

Sharpe declared for the draft on March 24 after the Tar Heels were eliminated from the NCAA Tournament.

“I feel that I’m now ready for the next level,” Sharpe posted on social media, in part. “I’ve made it this far and there’s no reason for me to stop now! … I will be declaring for the NBA Draft with high hopes for the support of my Carolina Family.”

Sharpe averaged 9.5 points, 7.6 rebounds and 19.2 minutes per game in 29 contests (four starts) for the Tar Heels. He was the team’s fourth-leading scorer and second-leading rebounder.