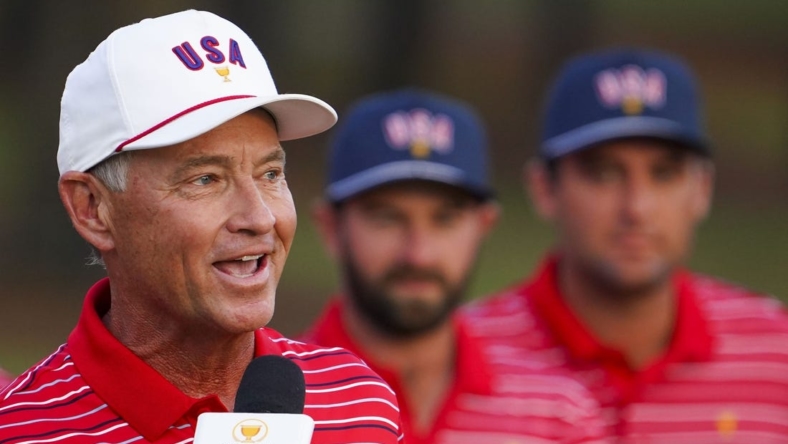 Davis Love III cited a left wrist injury on Thursday as his reason to withdraw prior to the start of his own tournament, the RSM Classic in St. Simons Island, Ga.

Love, 58, reportedly has been dealing with the injury for several weeks. He was replaced in the field by Scott Brown.

Brown teed off on the Plantation Course with Cameron Champ and Sahith Theegala.

Anders Albertson also withdrew from the event prior to its start due to a back injury. An alternate was not available to take his place.

Cole Hammer and Philip Knowles will play as a twosome for the first two rounds of the tournament.