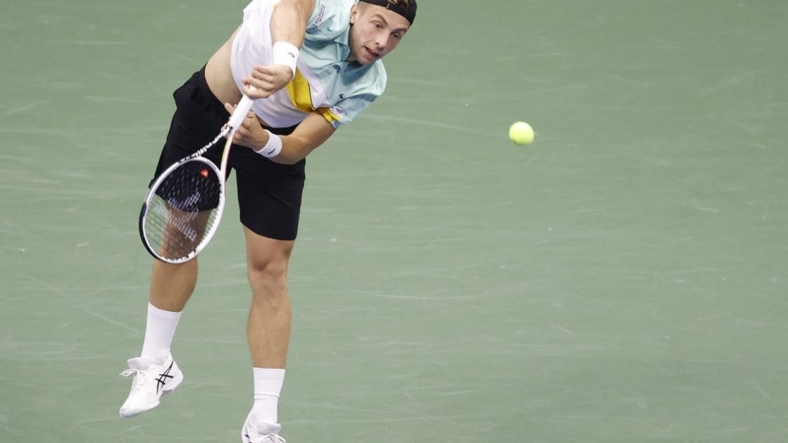 Tallon Griekspoor and Botic van de Zandschlup won their singles matches to lift the Netherlands to a 2-1 victory over the United States in group-stage action on Saturday in Glasgow, Scotland.

The Netherlands sits atop the Group D standings with three points, while the United States has two. The group stage is taking place from Tuesday through Sunday in four cities across Europe. The top two teams in each round-robin group will advance to the knockout stage in Malaga, Spain, Nov. 22-27.

Laslo Djere swept Gabriel Diallo 6-2, 6-2, but Felix Auger-Aliassime claimed a 6-3, 6-4 win over Miomir Kecmanovic to set up a doubles winner-take all. Kecmanovic and Filip Krajinovic were then credited with a win in the doubles match after Alexis Galarneau and Vasek Pospisil retired, giving Serbia a 2-1 win over Canada.

Croatia had a dominant 3-0 showing against Argentina in Group A. Borna Gojo beat Sebastian Baez, Borna Coric toppled Francisco Cerundolo and Nikola Mektic and Mate Pavic were too much for Maximo Gonzalez and Horacio Zeballos to handle.