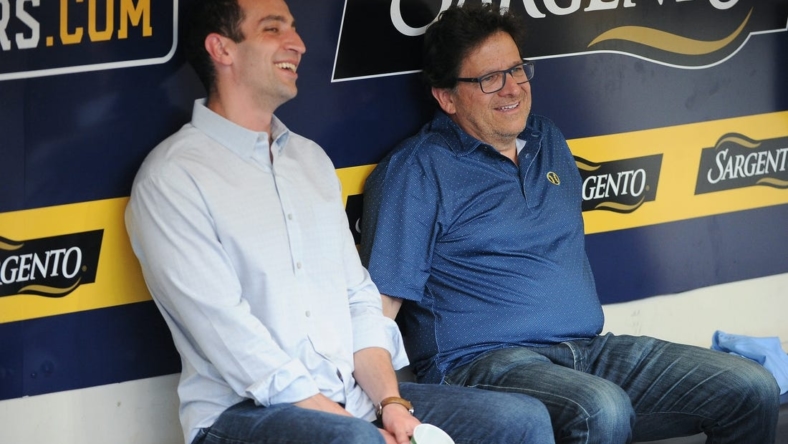 David Stearns stepped down as the Milwaukee Brewers’ president of baseball operations on Thursday but will remain with the organization in an advisory role to owner Mark Attanasio.

Matt Arnold will move into the lead role overseeing baseball operations. He has served as senior vice president and general manager of the Brewers since 2020.

Stearns, 37, joined the organization as general manager in October 2015 before being promoted to president of baseball ops prior to the 2019 season.

“This is not an easy decision for me and is something I have been wrestling with for a long time,” Stearns said. “Mark Attanasio and I have had an open dialogue and we both knew this day could eventually come. It has been a priority for both of us that any transition would take place while the organization is in a healthy position with solid leadership and a talented roster going forward. That is certainly the case today.”

The Brewers qualified for the postseason in four straight years before finishing with an 86-76 record in 2022, one game behind the World Series-bound Philadelphia Phillies for the final wild-card berth in the National League.

Now the keys have been turned over to Arnold.

“I want to thank Mark and David for their support throughout my seven years here. I am excited to be taking the reins in leading our baseball operations efforts,” Arnold said. “We have a dedicated staff that has identified and developed talent at both the amateur and professional levels. This has served us well over the years and will allow for a seamless transition.

“Milwaukee and Wisconsin are home to our family and home to fans who consistently demonstrate their passion for the Brewers. I embrace the opportunity to continue working toward our goal — winning a World Series.”