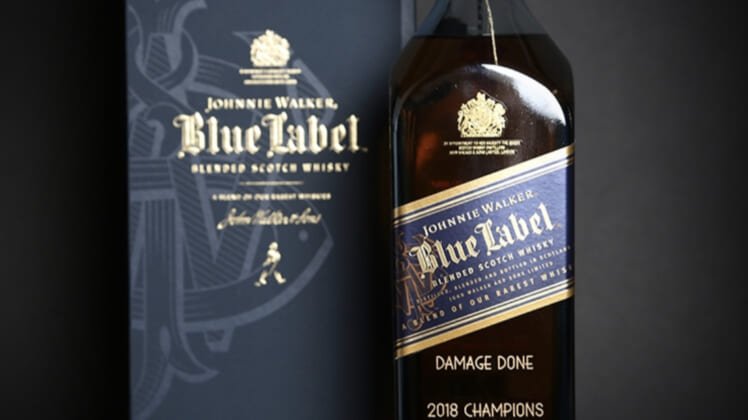 Former Boston Red Sox star David Ortiz was all sorts of happy after the team closed out the Los Angeles Dodgers in the World Series this past weekend, earning the franchise’s ninth title.

Known for being Mr. Boston, the future Hall of Famer didn’t spare any expense in rewarding Red Sox players for one of the greatest seasons in MLB history. He gifted each and every player a personalized bottle of Johnnie Walker Blue.

David Ortiz went all out for the Red Sox after their most-recent title (h/t Hunter Public Relations). pic.twitter.com/ie39qhAsNT

“The Boston Red Sox will always be my team and I have been so proud to support them on this incredible journey. Winning the World Series is an achievement unlike any other and I’m honored to gift each member of the team an engraved bottle of Johnnie Walker Blue Label to mark this incredible moment,” Ortiz said in a statement obtained by Sportsnaut. “The resilience of the Boston Red Sox is unmatched and toasting with Johnnie Walker Blue Label is the ultimate way to celebrate being world champs!”

Each bottle was engraved with the terms “damage done” and “2018 champions.”

After putting up 108 wins during the regular season, Boston ran roughshod through its playoff opponents to the tune of an 11-3 record. That included a five-game series win over the Los Angeles Dodgers to close things out.

The Red Sox and the entire city of Boston are out on the streets celebrating this latest title on Wednesday. No word yet on whether any player has popped open a bottle of this expensive liquor.