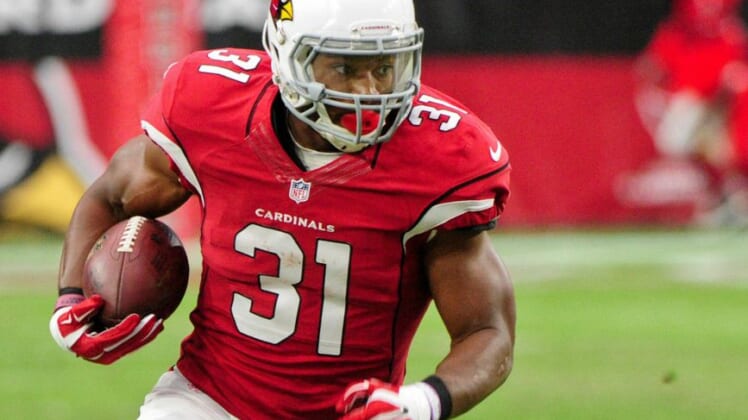 The Arizona Cardinals have locked up star running back David Johnson for the foreseeable future with a three-year, $39 million contract extension, per ESPN’s Adam Schefter.

Schefter reports this deal is worth up to $45 million and includes $30 million guaranteed cash.

The Cardinals confirmed that they did, in fact, lock Johnson up with an extension on Saturday evening.

We have signed RB @DavidJohnson31 to an extension.

This contract is well deserved, despite Johnson missing almost all of last year with a wrist injury.

He’s one of the game’s best all-around running backs. Now he can approach the 2018 season with full confidence, knowing his financial future is secure.