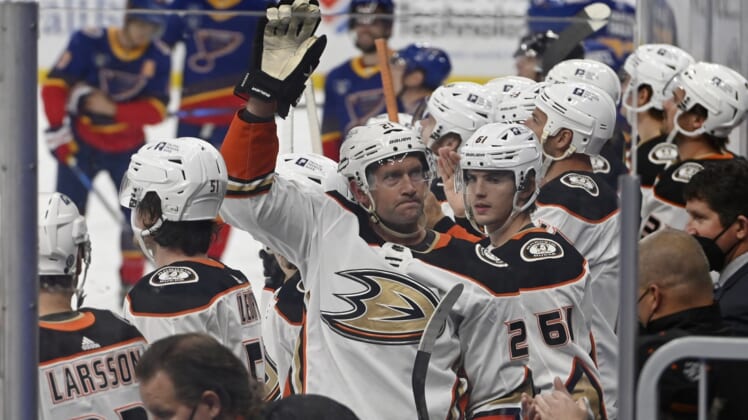 Backes, 37, spent the first 10 years of his 15-year career with the Blues and put on the sweater one final time for his contract signing.

He played his final NHL game on May 5 in St. Louis as a member of the visiting Anaheim Ducks. The night ended with the fans giving him a standing ovation and the Blues players lining up to shake his hand.

“Following my last game, it was clear to me that I needed to retire as a member of the St. Louis Blues,” Backes wrote in an essay posted on the Blues website. “That night reiterated that St. Louis was my home. It is where my wife and I grew into adulthood and it was the organization we needed to retire with. The feeling was mutual with the Blues and I am so humbled that this journey has come full circle for me to end this amazing ride with the same organization that called my name at the draft 18 years ago.”

After five seasons as captain of the Blues, Backes left in free agency, seeking a long-term commitment the Blues were relucatant to make. He signed a five-year, $30 million deal with the Boston Bruins in July 2016 and played four seasons there before he was traded to the Ducks in February 2020.

He ends his career with 561 points (248 goals, 313 assists) in 965 career games. With the Ducks last season, he played in 15 games and scored four points on three goals and one assist.

“And now we are here, my NHL chapter has concluded,” he wrote in his essay. “The game got faster and younger and I haven’t been associated with either of those adjectives in a long time.”