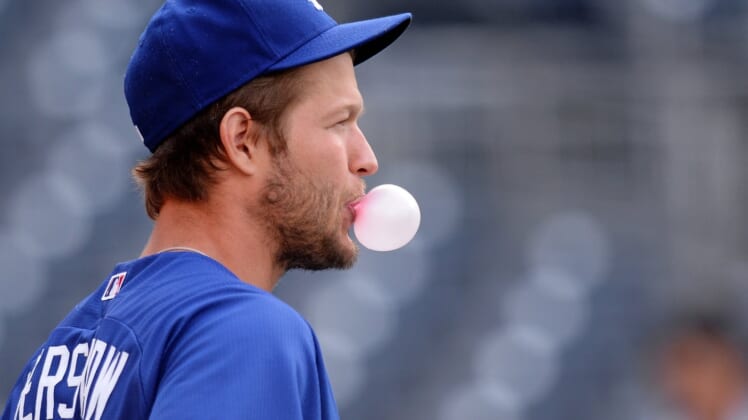 Los Angeles Dodgers ace Clayton Kershaw played catch on Monday. And according to manager Dave Roberts, it did not go well.

Bill Plunkett of the Orange County Register quoted Roberts, who said that Kershaw “didn’t feel great” while throwing on Monday. He also noted that Kershaw’s next throwing session has been pushed back.

It’s hard to find a lot of good news here.

If there’s anything for Los Angeles and its fans to be optimistic about, it’s that we’re still early in spring training. The regular season is still a month away. So, there’s time.

But Kershaw has dealt with injuries in each of the last three seasons and in four of the last five. He’ll also turn 31 in March. Injuries don’t usually get better as guys get deeper into their 30s.

The last thing anyone with the Dodgers wants to see is him feeling discomfort while playing catch at any time, let alone the early stages of spring training.