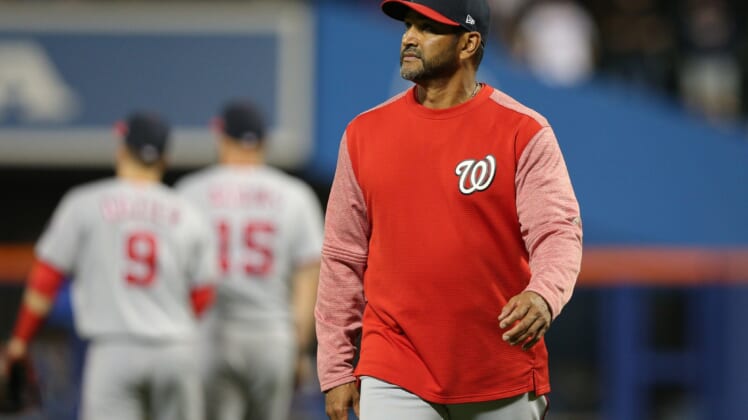 Washington Nationals manager Dave Martinez is very much on the hot seat. But at least one of his players has spoken out in favor of his manager.

Dozier simply could have given a “no comment” or “that’s not my decision to make.” Instead, he unequivocally supported his beleaguered manager. This was a very nice statement for Dozier to make.

That said, we’re not sure that it will matter.

Thursday’s loss wrapped up a sweep at the hands of the Mets, who themselves were ice cold entering the series. Washington now sits at 19-31. That’s ahead of only the Miami Marlins in both the NL East and the entire NL. In fact, while the Nationals have more wins, them and the Marlins have the same number of losses. Only the Baltimore Orioles and Kansas City Royals have more in all of baseball.

This was a team that was supposed to contend this year. Washington also entered 2018 as a World Series favorite and never really contended throughout the season.

Of course, we can’t blame all of the team’s failures on Martinez. But he hasn’t exactly built up a lot of good will. General manager Mike Rizzo has scapegoated managers with far better records.

So, while Dozier’s support is admirable, it could very well end up falling on deaf ears.