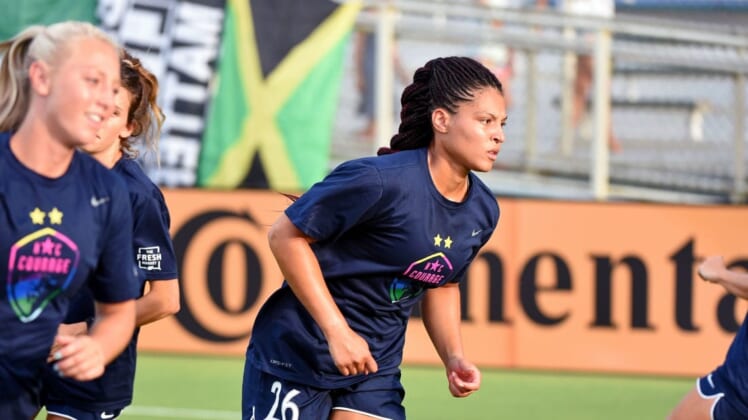 The Houston Dash acquired forward Valerie Gauvin from the North Carolina Courage on Tuesday in exchange for $25,000 in allocation money and a conditional second-round draft pick in 2024.

Gauvin has represented France in national competition, with 17 goals in 37 appearances, including two goals at the 2019 Women’s World Cup.

She is in her first season in the National Women’s Soccer League after playing six seasons with Montpellier in her homeland and spending 2021 with Everton in England.

Gauvin had not yet gotten into a game for the Courage.

“We are thrilled to welcome Valerie to the Houston Dash as an important addition to our club,” Dash president Jessica O’Neill said in a news release. “As a proven goal scorer with international experience, she will help us maximize the opportunity we have to secure the first playoff appearance in Dash history.”