Forward Daryl Dike will return to Orlando City SC after a four-month loan spell with England’s Barnsley FC, which elected not to exercise a purchase option.

Dike, 20, excelled with nine goals in 19 league appearances for Barnsley in the English Championship.

However, Barnsley may have balked at the price tag on his purchase option, which the Orlando Sentinel pegged at $20 million.

Dike tallied eight goals and four assists in 17 games (15 starts) as an MLS rookie with the Lions in 2020. 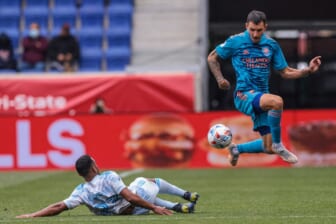