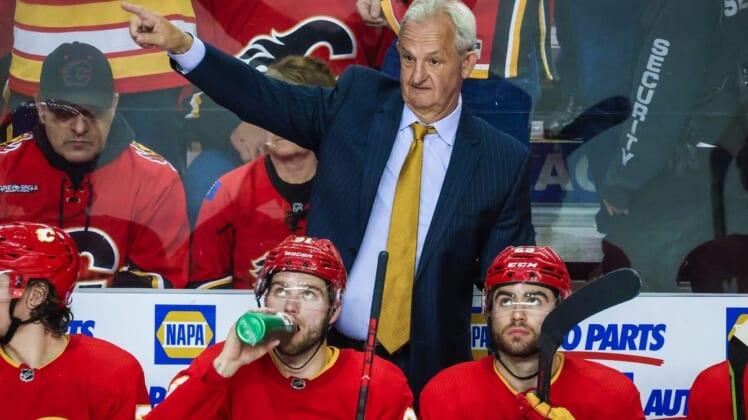 The Calgary Flames’ Darryl Sutter received the Jack Adams Award on Thursday, an honor given to the NHL’s best head coach of the season.

Sutter, 63, led the Flames to a Pacific Division title, his first career 50-win regular season and a career-high 111 points — the franchise’s second-highest single-season total, bested only by the 1988-89 Stanley Cup winners.

The Flames advanced to the second round of the postseason for the first time since the 2014-15 campaign, beating the Dallas Stars in a seven-game series in this spring’s opening round before falling to the Edmonton Oilers in five games.

Sutter is the second Flames coach ever to win the honor, joining Bob Hartley (2014-15). Sutter’s brother, Brian, who announced the award in a video on a Canadian pregame show, also won the honor in 1990-91 with the St. Louis Blues.

This season marks Sutter’s first Jack Adams trophy in his 20-year career as a head coach with four teams. The two-time Stanley Cup-winning coach of the Los Angeles Kings was a finalist in 2003-04, also with the Flames.