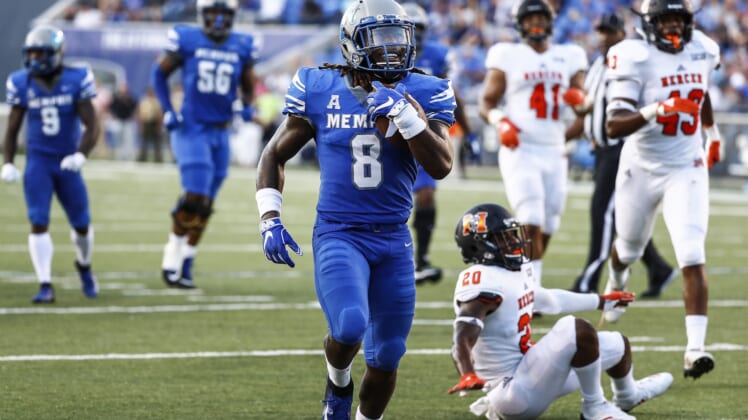 As the Memphis Tigers prepare for their Birmingham Bowl matchup against Wake Forest star running back Darrell Henderson skipped practice on Saturday as he mulls his future with the team.

Henderson, who ranks second in the nation with 1,909 rushing yards, is contemplating his future and whether or not he will declare for the 2019 NFL Draft. If he does, the next decision will be whether or not to sit out of the Birmingham Bowl.

No Darrell Henderson at practice today for Memphis. He and Mike Norvell are still meeting later today to begin discussing his future options.

Important to remind Henderson has not made any decisions yet.

If the explosive junior running back sits out, the Tigers will be without a big-play threat in the running game and huge plays in the passing game. Memphis badly needs Henderson to play, but no one could fault him for sitting out if he declares for the draft.