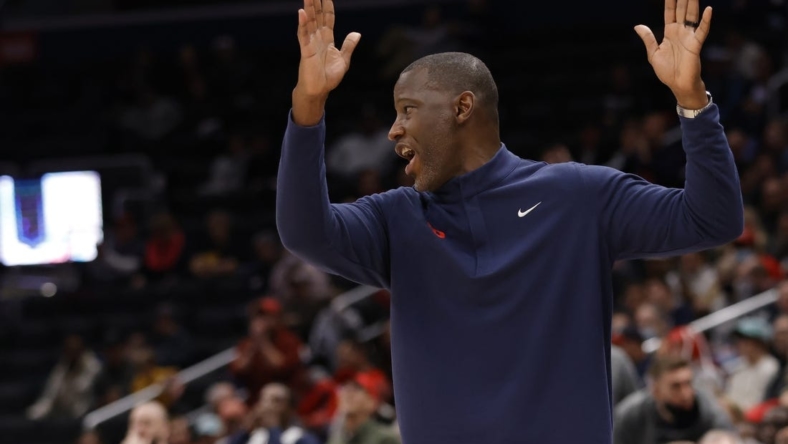 Enoch Cheeks had 15 points and three blocked shots for Robert Morris (2-2), which began a stretch of seven straight games away from home.

Dayton’s Malachi Smith had five points on 2-of-8 shooting and three steals in 21 minutes in his initial outing of the season after missing the first three games with a foot injury.

The Colonials connected on 34.5 percent from the field and made 7 of 22 from behind the arc.

Robert Morris trailed 41-35 after Corbin knocked down a 3-pointer with 12:41 left. But the Colonials then went five minutes without scoring as Dayton rattled off seven straight points.

Camara and Holmes scored on dunks and Camara buried a 3-pointer to increase the Flyers’ lead to 48-35 with eight minutes to play.

A 3-pointer by Cheeks allowed Robert Morris to creep within eight with 4:43 left. But Holmes hit a jumper with 2:21 remaining to make it 54-44.

Spear scored on a putback for the Colonials to again make it an eight-point margin with 1:40 to go. But Smith drove for a layup with 57.5 seconds left and split two free throws to make it 57-46 with 40.4 seconds to play and the Flyers closed it out.

Holmes scored 12 first-half points as Dayton led 30-21 at the break.

Robert Morris was cold early, making just 2 of its first 14 shots. Meanwhile, the Flyers built a 16-7 lead, the last two coming on Smith’s basket with 10:04 left in the half.

Holmes later scored five straight points on a dunk and 3-pointer to elevate Dayton’s lead to 24-9 with 7:36 remaining.

The Colonials showed life with a 9-0 run to move within six on Corbin’s trey with 2:28 left.