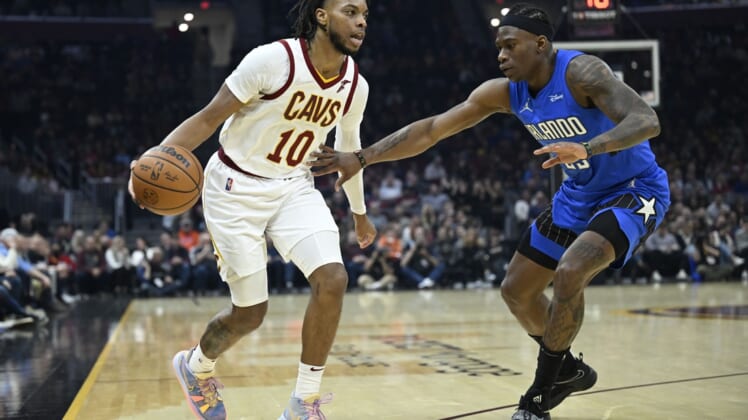 Garland fueled a late 12-0 run and dished out a game-high 12 assists. Forward Kevin Love added 19 points and seven rebounds off the bench.

Wendell Carter Jr. had 15 points, a game-high 12 rebounds and six assists for Orlando, which dropped to 20-56 on the season.

Cole Anthony, Mo Bamba and Markelle Fultz each had 11 points for the Magic, who have lost three in a row and six of their last eight games.

The Cavs (42-33) snapped a three-game losing streak with the win. In a span of about eight minutes over the second and third quarters, the Cavs lost two valuable 7-footers.

Already thin up front with All-Star center Jarrett Allen out with a fractured finger, the Cavs lost Lauri Markkanen, who bumped knees with Carter and left the court with 8:59 remaining in the third quarter.

Evan Mobley crumbled to the floor with 5:11 remaining in the second quarter after a drive to the basket by Orlando’s Franz Wagner. Mobley turned his left ankle and was sidelined for the remainder of the game.

Luckily for the Cavs, Markkanen returned with about 9 minutes left in the game and scored 10 points down the stretch, including two key 3-pointers.

The Magic outscored Cleveland 27-21 in the third quarter to pull within one point, 81-80, entering the final quarter. Carter had 15 points after three quarters.

Love had all his points for the Cavs through three quarters.

Cleveland recovered and used Garland’s 15 points and six assists to assume a 60-53 lead at halftime.

Carter had eight points in the first half for Orlando.

Garland’s eight points helped the Cavs take a 27-22 lead at the end of the first quarter.

Fultz, Bamba and R.J. Hampton each had six points for Orlando in the opening quarter.