Darius Garland drops 51 points for the Cleveland Cavaliers, including 27 in the 4th 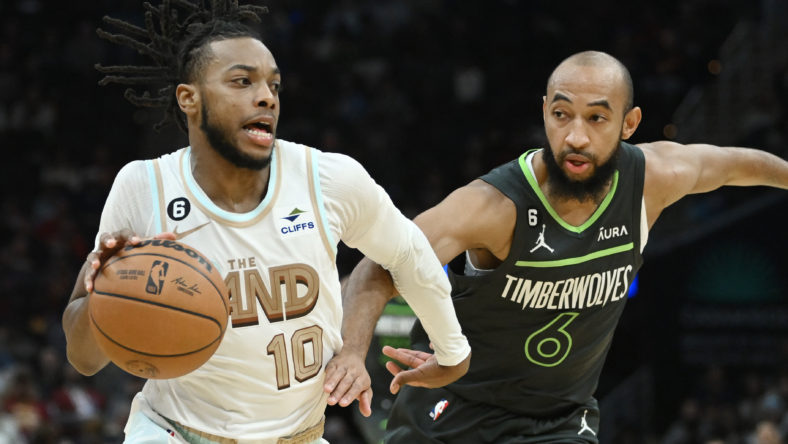 Cleveland Cavaliers All-Star guard Darius Garland has not had a great start to the 2022-23 NBA season, shooting a mere 35% from the field heading into Sunday’s outing against the Minnesota Timberwolves.

That changed big time despite Cleveland falling by the score of 129-124 at home. Garland dropped 51 points, including 27 in the fourth quarter alone as he led an attempted comeback.

The former top-five pick from Vanderbilt shot 16-of-31 from the field while connecting on 10 three-point attempts. The dude was absolutely on one.

It’s insane to see someone put up that performance in a losing effort. The 27 fourth-quarter points kept Cleveland alive despite the team dropping its fourth consecutive game following an 8-1 start to the campaign.

Related: Darius Garland and the NBA’s top-50 players of 2022

As noted above, Garland had gotten off to a slow start to the season. He entered Sunday’s game averaging 16.2 points on 35% shooting, including a 31% mark from beyond the arc.

Garland, 22, is coming off a brilliant sophomore season in which he earned a surprise All-Star appearance for an up-and-coming Cavs squad.

Garland did miss the start of the season to injury, meaning he’s just now returning to form. It’s also important to note that he has not seen a ton of action with new teammate, fellow star Donovan Mitchell.

This has a chance to become one of the best backcourt pairings in the entire NBA moving forward on the season.