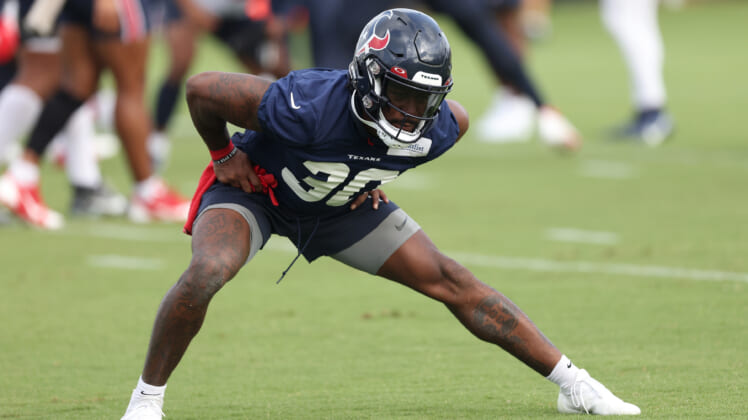 According to multiple media reports, the former undrafted free agent running back was arrested early Friday morning in the Museum District neighborhood of Houston on a charge of burglary with intent to rape.

The charge is considered a first-degree felony in the state of Texas. Obviously, these are troubling allegations. Anderson was ultimately released on bond Friday with an order prohibiting him to return to the woman’s house or possess a firearm.

“We are aware of the report involving Darius Anderson. We are gathering information and have no further comment at this time,” the Texans said in a statement.

Anderson, 24, was signed to the Texans’ practice squad last season before being signed to a reserves-future deal this past offseason. He starred for Texas Christian in college, accumulating 2,642 total yards in four seasons from 2016-19.

The running back was initially signed as an undrafted free agent by the Dallas Cowboy before being waived and latching on with the Indianapolis Colts ahead of signing with Houston. He has not appeared in a regular season game.

We’ll have further updates on this story as they become available.