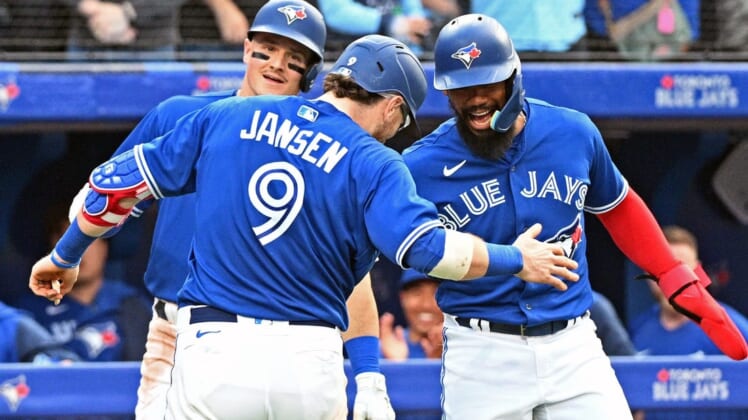 Vladimir Guerrero Jr. added a two-run homer for the Blue Jays and Santiago Espinal had a solo home run in the second game of a three-game series.

Jose Abreu hit a two-run home run and AJ Pollock had a solo shot for the White Sox.

Toronto scored once in the second. Matt Chapman singled with one out. Raimel Tapia hit a ground-rule double to right with two out. Espinal and Bo Bichette walked to force in a run.

Kopech walked Teoscar Hernandez and Chapman in the third before Jansen hit his seventh homer of the season with two out and Toronto led 5-1.

Chicago scored twice in the fourth. Andrew Vaughn reached second base when Hernandez was charged with an error on Vaughn’s drive to the warning track in right. Abreu followed with his sixth homer of the season.

Kyle Crick took over from Kopech and allowed a walk and a single in two innings.

Ross Stripling (1-1) replaced Ryu in the fifth inning and allowed three singles in 2 2/3 innings. David Phelps replaced him with one on and two out in the seventh and survived a single and a walk that loaded the bases. Phelps returned to pitch a perfect eighth.

Bennett Sousa walked Bichette with two out in the bottom of the eighth and gave up Guerrero’s 10th homer of the season.