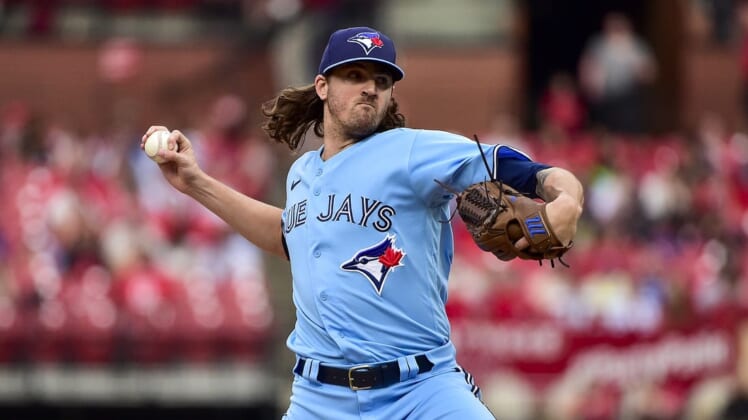 Vladimir Guerrero Jr. hit a solo homer for the Blue Jays, and George Springer had an RBI triple and added two walks and two runs.

Toronto took a quick 1-0 lead. Springer led off the game by walking, and he came around after Guerrero hit a one-out single and Teoscar Hernandez hit a run-scoring infield single with two outs.

With Hicks still experiencing control issues, the Blue Jays pushed their lead to 4-0 in the fourth inning. Alejandro Kirk hit a leadoff single, Matt Chapman walked and Jansen hit a three-run homer on a 3-2 pitch.

The Blue Jays tacked on three runs in the sixth inning against relievers Nick Wittgren and Drew VerHagen. Raimel Tapia led off with a single and scored when Springer hit a line-drive triple that right fielder Brendan Donovan lost in the lights.

Santiago Espinal hit a sacrifice fly and Guerrero followed with his eighth homer of the season to make it 7-0.

The Cardinals finally threatened against Gausman in the bottom of the sixth. Paul Goldschmidt, who extended his hitting streak to 16 games and his on-base streak to 30 earlier in the game, hit a leadoff single.

One batter later, Juan Yepez hit a fielder’s-choice grounder that the Blue Jays couldn’t convert into an out. However, Nolan Gorman struck out and Corey Dickerson popped to strand them.

Jansen’s solo homer in the seventh, his fifth long ball of the year, made it 8-0. The Cardinals got one run back in their half of the inning on Tommy Edman’s double and Donovan’s RBI single off Ross Stripling.