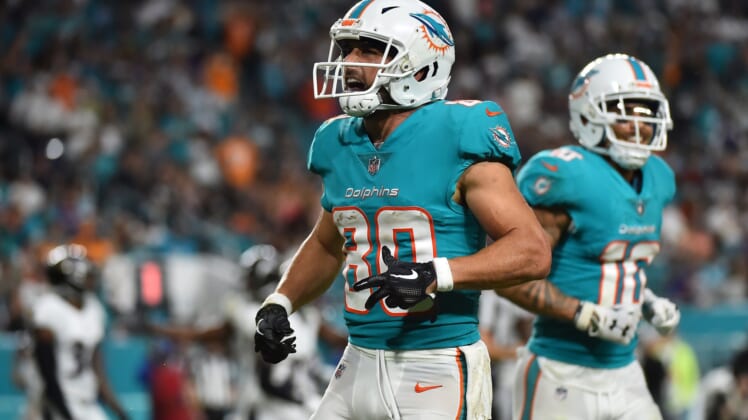 Danny Amendola was released by the Miami Dolphins last week, and if things work out there’s a chance he could reunite with Tom Brady in New England.

According to Jeff Howe of The Athletic, the Patriots and Amendola have “mutual interest” in a reunion.

There’s mutual interest between Danny Amendola and the Patriots, per sources. We’ll see if it amounts to a reunion or not, but the possibility exists.

Amendola’s best years in the NFL have been spent playing with Brady and the Pats. He played five years with New England before signing with Miami in free agency, catching 230 passes for 2,383 yards and 12 touchdowns during that stretch.

Last year with the Dolphins, appearing in 15 games, he caught 59 passes for 575 yards and one touchdown.