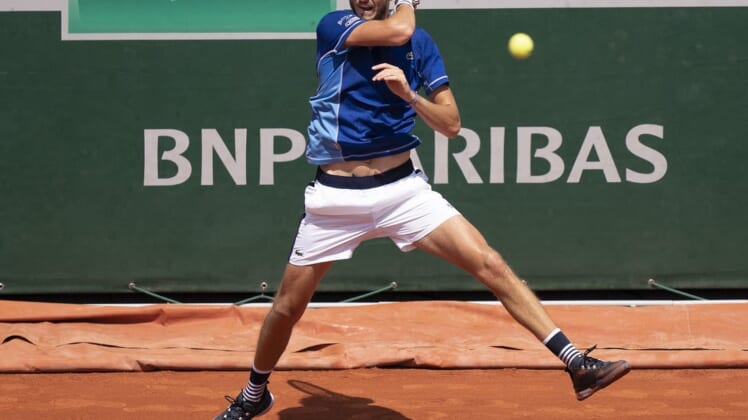 Russia’s Daniil Medvedev surpassed Serbia’s Novak Djokovic as the No. 1 men’s player in the world on Monday.

Djokovic slipped to No. 3 in the rankings behind Germany’s Alexander Zverev.

Spain’s Rafael Nadal, winner of this year’s first two grand slam singles titles, remained at No. 4 and Norway’s Casper Ruud climbed one spot to No. 5.

The highest-ranked American is Taylor Fritz at No. 14.

Medvedev, 26, lost to Dutch wild card Tim Van Rijthoven in Sunday’s final of the Libema Open in the Netherlands.

Medvedev previously held the top spot in February when he became the first player other than the “big four” — Djokovic, Roger Federer, Nadal and Andy Murray — to be No. 1 since Andy Roddick in 2004.