Daniil Medvedev cruises into fourth round at French Open 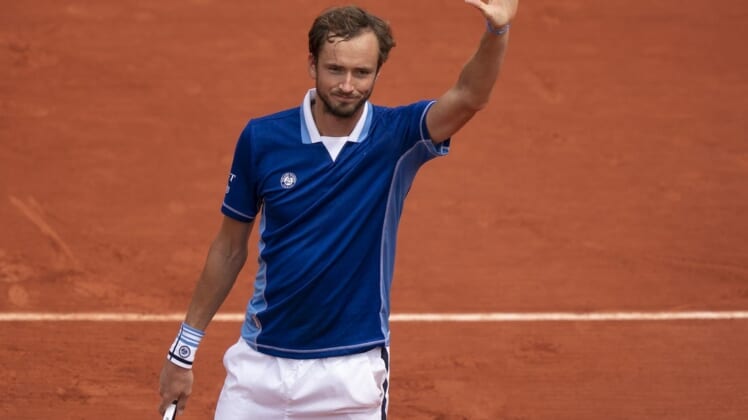 Second-seeded Daniil Medvedev breezed to a 6-2, 6-4, 6-2 win over Miomir Kecmanovic of Serbia on Saturday to advance to the fourth round of the French Open in Paris.

Medvedev is bidding to return to at least the quarterfinals at Roland Garros for the second straight year.

The 26-year-old Russian broke serve on two occasions en route to capturing the first set against the 28th-seeded Kecmanovic. Medvedev struck 42 winners and broke Kecmanovic five times to finish the match in one hour and 48 minutes.

“To be honest, before the match, I would never have thought I could make this score happen on clay courts,” Medvedev said.

“Everything I wanted to do today worked. I was serving great. I feel like I was almost putting all the returns in and I made his life tough. Maybe he didn’t play his best level, (but) I managed from my side to make his life as tough as possible, and it was enough to win today.”

Rublev rallied from a double-break down in the fourth set and saved five set points in the tiebreak to win the match in three hours and 11 minutes.

“I always feel well here in Paris,” Sinner said after the two-hour, 50-minute victory. “It is very special for me to play here and I hope you (the fans) come out in the next round because I think I need the support. Thank you so much.”

No. 4 Stefanos Tsitsipas had a much easier time of it on Saturday. The native of Greece needed just 92 minutes before seizing a 6-2, 6-2, 6-1 victory over Mikael Ymer of Sweden.

No. 8 Casper Ruud of Norway and No. 32 Lorenzo Sonego of Italy played later on Saturday.