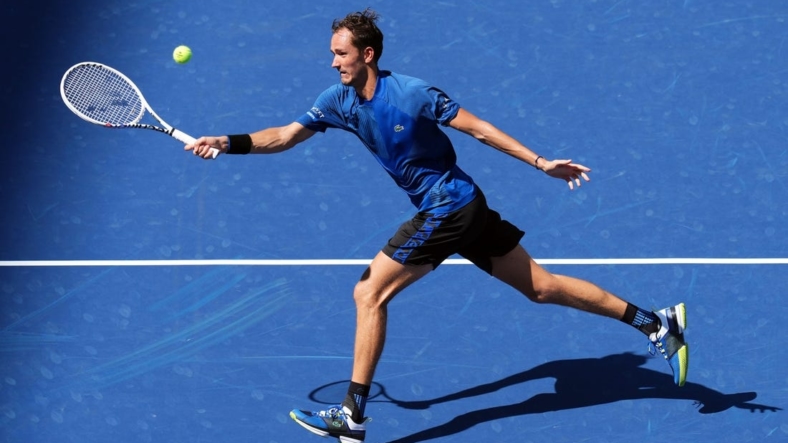 Defending champion and No. 1 seed Daniil Medvedev of Russia made quick work of first-round opponent Stefan Kozlov of the United States, winning 6-2, 6-4, 6-0 in two hours and one minute as the U.S. Open kicked off Monday in New York.

Medvedev had a 10-0 advantage in aces and converted 8 of 16 break-point opportunities to overpower Kozlov.

“I am pleased to win. Not easy conditions. Pretty hot and humid here,” Medvedev said. “I was sweating a lot but I thought there were some good points. I managed to be pretty solid and I thought the serve was key today. I am happy to go through to the second round.”

Murray concurred that the humid conditions provided a challenge.

“I am very happy with the way I got through that one, it was not easy,” Murray said. “He (Cerundolo) has had a brilliant year this year and I knew I had to play well and I did in the important moments.”

Other seeded winners Monday included No. 13 Matteo Berrettini of Italy, No. 18 Alex de Minaur of Australia, No. 27 Karen Khachanov of Russia and No. 29 Tommy Paul of the U.S.