Danielle Kang taking break from tour to focus on health 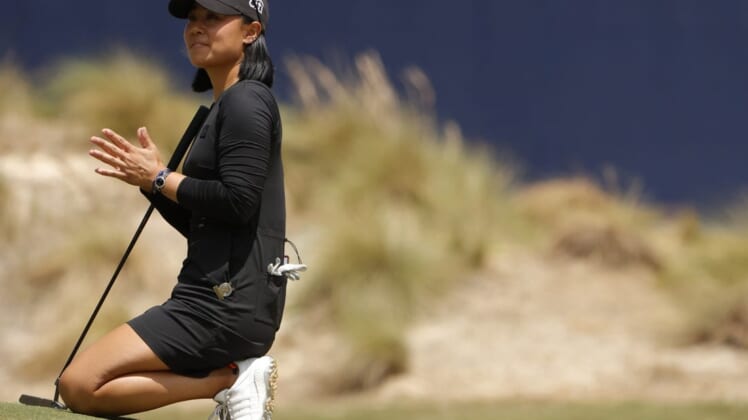 Danielle Kang is taking a break from the LPGA Tour to focus on her health.

The 29-year-old American revealed at last week’s U.S. Women’s Open that she has been playing with a tumor on her spine.

Tests have not yet determined whether the tumor is malignant or benign.

Kang, who has been bothered by back pain since early April, tied for 63rd at Southern Pines, N.C.

She is a six-time winner on the LPGA Tour, including the 2017 Women’s PGA Championship. She is currently No. 12 in the Rolex women’s world golf rankings.

On Tuesday, Kang announced that she would be skipping the next four tour stops through mid-July, including this week’s ShopRite LPGA Classic and the June 23-26 KPMG Women’s PGA Championship.

“As a past champion this was not an easy decision, however if I’ve learned anything from throwing a fit to play in the U.S. Open, I want to compete, not just participate,” she posted on social media.

“I will be taking some more time to get back to 100% and till then, thank you for all the kind messages and support.”