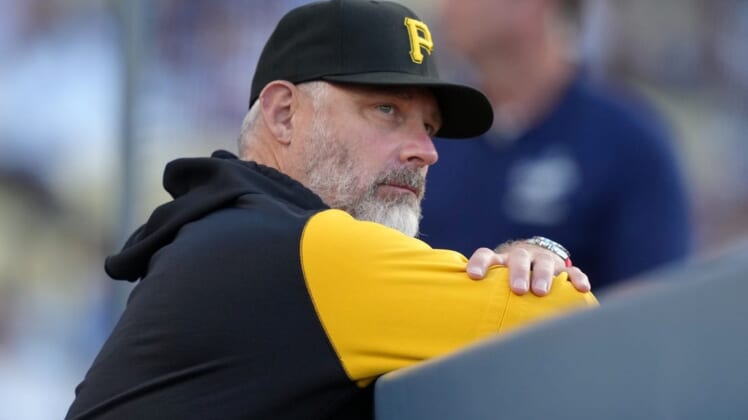 Daniel Vogelbach provided the cushion with a three-run homer to help the visiting Pittsburgh Pirates to an 8-6 victory over the Milwaukee Brewers on Sunday in the rubber game of the weekend series.

Vogelbach’s 12th homer in the ninth inning off Chi Chi Gonzalez, the Pirates’ fourth of the game, extended the lead to 8-4. Andrew McCutchen brought Milwaukee within 8-6 in the bottom half with a two-run homer, his eighth.

Pittsburgh erased a 4-3 deficit with a pair of solo homers off Trevor Gott (1-2), who relieved to start the sixth. Michael Chavis led off with his 10th homer and two outs later, Oneil Cruz sent a 1-2 pitch 416 feet to center for his fourth homer.

Chris Stratton (5-4) recorded two outs in the fifth in relief of starter Jose Quintana, who allowed four runs in 4 1/3 innings.

The Pirates took the final two games of the series after dropping their first four games this season at Milwaukee, including the series opener. Pittsburgh is 21-7 at American Family Field since 2019.

The Brewers scored twice in the fifth to go in front 4-3. Jonathan Davis doubled to open. With one out, Willy Adames dropped an RBI double into the right-field corner that was fair by inches. Mike Brosseau singled Adams to third and Luis Urias followed with a sacrifice fly.

Ke’Bryan Hayes had put Pittsburgh up 3-2 in the top half with his fourth home run, the 18th allowed by Brewers starter Eric Lauer, who gave up 16 all of last season. Lauer lasted five innings, giving up three runs, two earned, on six hits.

Milwaukee tied it 2-2 with two runs in the third on RBI singles by Brosseau and Urias.

The Pirates went in front 2-0 with an unearned run in the third when Hayes doubled to open, advanced on a ground out and scored on a passed ball.

Pittsburgh took a 1-0 lead in the second on three consecutive two-out singles by Oneil Cruz, Jason Delay and Kevin Newman.