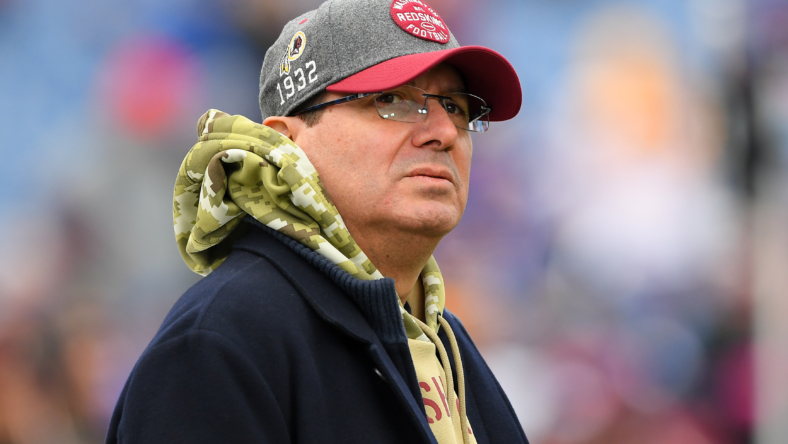 At the NFL owner’s meetings, most league officials wouldn’t comment on ongoing federal and league investigations into Snyder. Even in the face of reports that Snyder was reportedly digging up damaging information about his peers, no one in the NFL seemed willing to speak out against him publicly.

All of that changed when Irsay voluntarily spoke to reporters in early October. Despite commissioner Roger Goodell telling team owners to wait before speaking out, Irsay said he believes there is enough merit to remove Snyder from the league.

The decision to speak publicly ruffled some feathers in the NFL, but Irsay stood by his decision. With the Commanders and Colts now set to face off on Sunday, it appears there is a rift between the two franchise owners.

According to Adam Schefter of ESPN, Snyder and Irsay haven’t had any contact since the public statement was made at the owner’s meeting. At a time when there is zero communication between two league stakeholders, Snyder will be at Lucas Oil Stadium in Indianapolis on Sunday sitting in the visitor’s owners box.

In an interview with The Washington Post, Irsay downplayed the lack of communication and went on to explain his belief that he and his peers should decide Snyder’s fate in the NFL.

“I only run into owners if it’s really coincidental. Most of us don’t see each other unless we happen to be passing each other on the field or somewhere at the same time. It has nothing to do with Dan Snyder. If I was playing the Ravens, I wouldn’t know if [owner] Steve Bisciotti was going.”

Indianapolis Colts owner Jim Irsay on not communicating with Daniel Snyder, via The Washington Post

Considering the tenuous relationship between the two men, a face-to-face meeting on Sunday is unlikely. Irsay made it perfectly clear in recent weeks that the number of allegations against Snyder – ranging from sexual assault and harassment to financial misconduct – warrants his removal from the ownership ranks.

The matter won’t be addressed by the league until the House Oversight Committee releases its findings from its investigation and the independent inquiries into Snyder are concluded. At that point, removing Snyder from the league is possible if there is cause and 24-of-32 owners vote to oust him from the position.