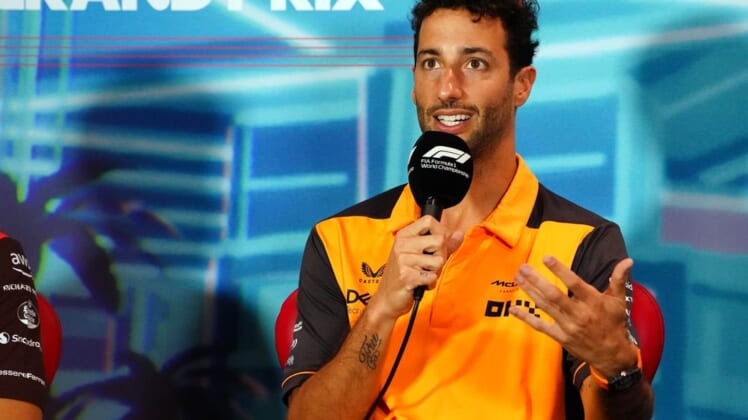 Daniel Ricciardo believes he still deserves to be in Formula 1 as rumors about his future on the grid continue to swirl.

The embattled 33-year-old is 12th in the driver standings with only 19 points this season. His future with McLaren is highly uncertain with the team pursuing fellow Australian Oscar Piastri to team alongside Lando Norris in 2023.

Piastri, the reigning Formula 2 champion, turned town a seat with Alpine after Fernando Alonso announced a move to Aston Martin. However, Alpine believes the 21-year-old Piastri is contractually obligated to drive for the team next year.

That leaves Ricciardo in limbo. If Piastri ends up at McLaren, it could potentially open a seat at Alpine for Ricciardo, who said he remains driven to stay on the Formula 1 grid.

“I believe I still thrive off it because I still believe I belong and can do it,” Ricciardo told Speedcafe. “That’s what really gets me jacked.

“And the love of it, as well as knowing any weekend it could be there, it could be around the corner.”

Ricciardo still has a year remaining on his contract and is reportedly seeking a buyout of more than $14 million from McLaren. That figure is likely to be significantly lower if the sides reach an agreement, and Alpine is among several teams believed to be interested in Ricciardo if he becomes a free agent.

“Like, the competition … it has to be one of the only sports in the world where there’s only 20 people doing it,” he told Speedcafe.

“The competition is such like a small 0.001 percent of a group. So to be able to not only be part of that group but to compete inside that group, that’s such a unique thing in itself. And so I love that.

“The truth is, the highs you get are just so high because so much goes into it. Of course you take risks.

“Like to win a race for example, you haven’t gone for a Sunday drive, you’ve put it all on the line, the team have, you’ve pushed your body mentally and physically. So then the high and the reward is pretty amazing and pretty spectacular.”

Ricciardo has eight career wins in F1, most recently at the Italian Grand Prix on Sept. 12, 2021.