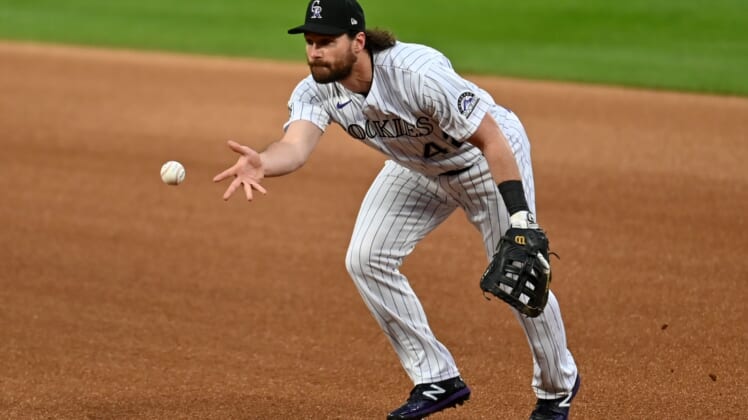 Murphy, 35, is best known for highlighting the New York Mets’ surge toward the 2015 World Series by belting a homer in six consecutive playoff games. That stretch included all four games of the National League Championship Series against the Chicago Cubs, and he was named MVP of that series.

“This is a beautiful game, and I really just feel humbled and blessed that it let me jump on the ride for a little bit,” Murphy told SNY. “It’s beautiful. It can teach you about so many things. And all I can say is, ‘Thank you.'”

Murphy became a free agent after the Rockies declined his $12 million mutual option in October, paying him a $6 million buyout. He lost his starting job to rookie Josh Fuentes in September.

Murphy was the runner-up for National League MVP in 2016, when he led the league with 47 doubles, a .595 slugging percentage and a .985 on-base-plus-slugging percentage. He hit .347 with 25 homers and 104 RBIs for Washington that year, all three figures representing career highs.

Murphy was a 13th-round pick of the Mets in the 2006 draft out of Jacksonville University.