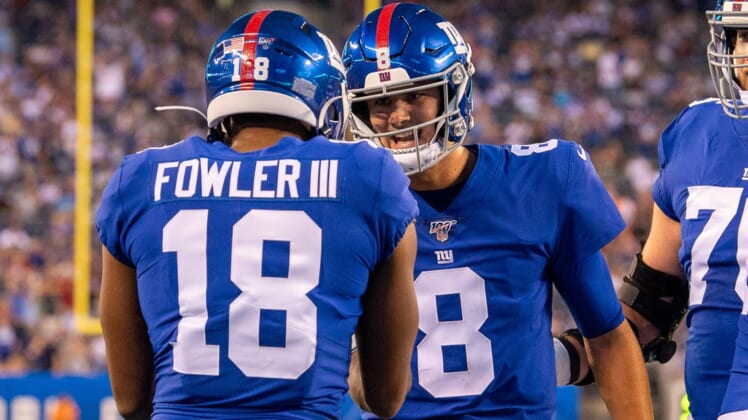 Arizona Cardinals quarterback Kyler Murray is still the heavy betting favorite to win Rookie of the Year, but New York Giants rookie Daniel Jones is starting to catch up.

Following a flawless debut that included an NFL-level touchdown pass in preseason Week 1, Jones’ odds to win Rookie of the Year moved from 42-1 to 25-1, per Fanduel Sportsbook.

That’s a significant bump, folks. Though, before you jump all over this it would be wise to consider that the Giants seem to be staunchly behind veteran starter Eli Manning. And if Jones isn’t playing, he’s not winning this award.

Throwing even more cold water on the notion that Jones will play early in the year, Manning responded to the rookie’s strong preseason outing with his best practice so far in training camp.

Jones may end up starting at some point this season. Yet if he does, it’s likely that he’ll play half the season or less. Murray, meanwhile, will open the season as Arizona’s starter. So, while 25-1 odds may seem attractive right now, it’s certainly still a risky play.