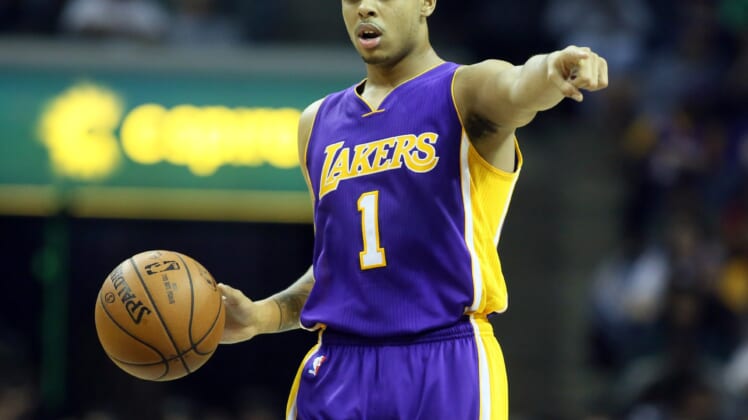 Uh oh. At least one member of the Los Angeles Lakers isn’t excited about having Lonzo Ball as a teammate. D’Angelo Russell let his feelings be known when he liked a tweet in which the author said there is “no way” the team should draft Lonzo Ball.

Watching D'Angelo Russell highlights from this year makes me think there is no way in hell they should draft Lonzo. They stupid if they do

Here is the proof that Russell hit the “like” button.

Now, it’s worth pointing out that Ball and Russell could probably coexist on the court as starting guards together. Ball is a terrific facilitator and could run point, while Russell would be free to remain at the two-guard spot he’s comfortable with.

But perhaps Russell is feeling a bit insecure these days, thinking the Lakers might bring Ball on board to take his starting spot. He also might be stressing because of the trade rumors that have been floating around with his name as the headliner.

We already know his head coach, Luke Walton, is a huge fan of Ball’s game. The Lakers appear destined to take the UCLA guard at No. 2 overall. So it’s going to be interesting to see how this all plays out in the coming months.