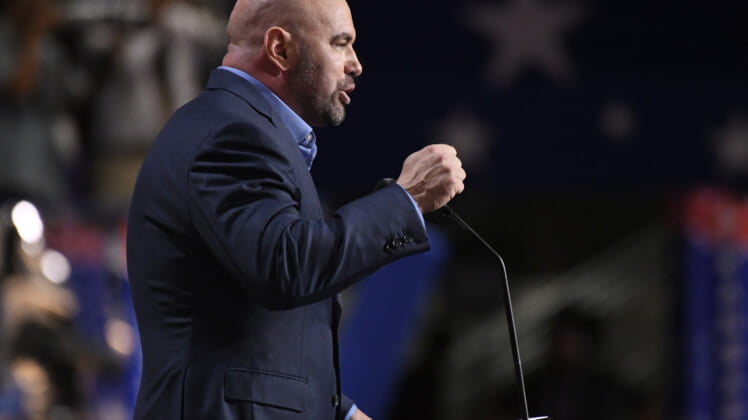 The UFC has decided that it will still hold matches in empty venues during the COVID-19 pandemic. Head honcho Dana White’s decision to do this runs contrary to what we’re seeing with other sports leagues around the world.

In reality, MMA and wrestling are the only two live sporting events going on right now as the United States and the rest of the world looks to flatten the coronavirus curve.

White now has even larger plans. The UFC President took to TMZ Sports Monday night to announce that he’s looking into securing a private island to host weekly events until the COVID-19 pandemic passes.

“White says the deal for Fight Island isn’t done yet — but it’s very close. And, no, we don’t know what part of the world it’s in,” TMZ Sports reported.

There’s obviously a ton of logistical concerns here. Multiple fighters flying to a private island to take on one another in the octagon. What could possibly go wrong?

Though, it is thinking outside the box. That’s what White has been known for since he acquired the UFC.