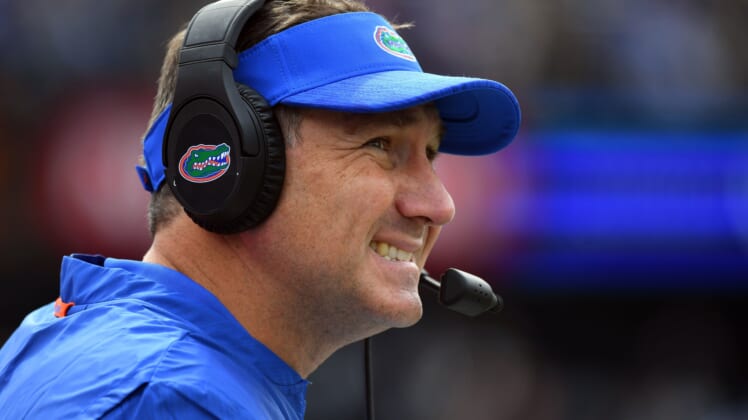 During the second quarter of Saturday’s huge game between Auburn and Florida, Gators quarterback Kyle Trask suffered a knee injury on a hit below the waist.

It’s easy to understand why Mullen would be upset. He’s already lost one quarterback for the season, and it’s fortunate he didn’t lose a second on that play.

However, the video of this hit shows that the defender who hit Trask was actually dragged down to Trask’s knee by a Florida offensive lineman. In no way was it a dirty hit, despite what Mullen feels.