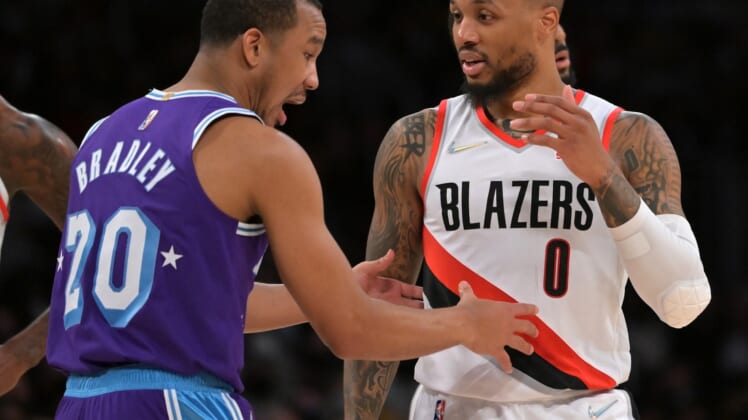 The Portland Trail Blazers announced Monday that six-time All-Star guard Damian Lillard will not return for the rest of the 2021-22 NBA season as he continues to rehab from January abdominal surgery.

Portland said Lillard has “progressed well” through the initial reconditioning phase of his rehab.

“He has met several key performance benchmarks to date and will continue end-stage rehab over the next few weeks,” the team said in a statement.

Lillard, 31, last played Dec. 31 and underwent surgery on Jan. 13. The Blazers, already enduring a difficult season when he was available, sank further in the Western Conference standings. They dropped six straight games from Jan. 30-Feb. 8 and have lost 10 of their past 11 since Feb. 24.

At 26-44, Portland entered Monday 3.5 games out of 10th place in the Western Conference, the lowest-seeded play-in berth.

The 2021-22 season also saw the breakup of Portland’s longtime backcourt of Lillard and CJ McCollum. The Blazers dealt McCollum to the New Orleans Pelicans on Feb. 8.

Lillard, who was named to the NBA’s 75th Anniversary Team earlier this year, has career averages of 24.6 points, 6.6 assists and 4.2 rebounds per game in 711 starts for Portland. He averaged 24 points in 29 games this season.