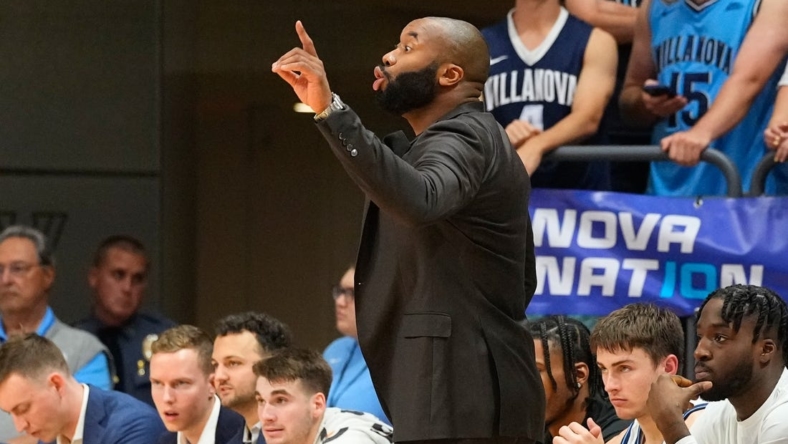 Damian Dunn hit two free throws with 1.1 seconds remaining to lift host Temple to a 68-64 upset victory over No. 16 Villanova on Friday in Philadelphia.

Dunn scored 22 points, including the last six for the Owls (1-1), while Khalif Battle added 21 and Jamille Reynolds produced his first career double-double with 14 points and 12 rebounds.

Following the decisive free throws, Chris Arcidiacono (10 rebounds) threw an inbounds pass beyond halfcourt and it was intercepted. After Temple’s fans stormed the court, the referees soon cleared everyone to play the final 0.2 seconds.

Temple jumped out to an early 13-5 lead thanks to eight points from Reynolds and led 34-29 at halftime.

Villanova shot just 1-of-5 overall from 3-point territory in the first half (and 2 of 7 for the game).

The Owls went ahead 43-35 with about 14 minutes remaining in the second half when Dunn hit a 15-foot jumper. Brandon Slater then drove to the basket and threw down a one-handed dunk on Villanova’s next possession.

The Wildcats scored the next eight points, including a three-point play by Dixon, and took a 47-45 lead — their first of the game — with 10:41 left.

Battle followed with a three-point play and Temple went back ahead 48-47 with 9:47 remaining.

Daniels converted a three-point play of his own with 6:08 to go, giving Villanova a 55-54 advantage.

Temple tied the game at 64 when Dunn hit a pair of free throws with 45.6 seconds remaining, setting up the exciting finish.