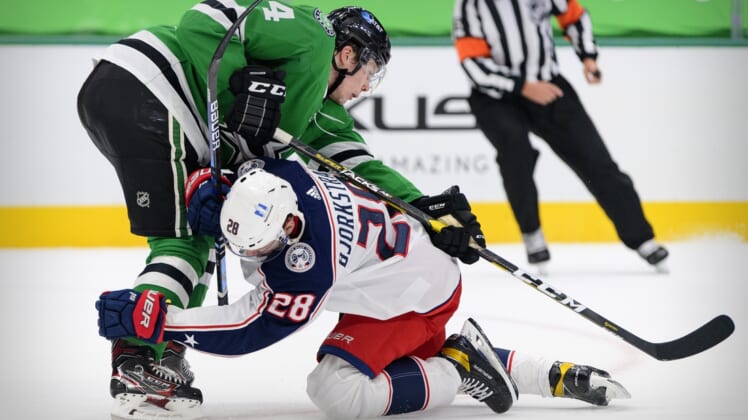 Heiskanen, who turns 22 on Sunday, could have become a restricted free agent on July 28. He recorded 27 points (eight goals, 19 assists) in 55 games this past season and averaged a team-best 24:58 of ice time per contest.

“It feels great to get this done,” Heiskanen said. “Of course there is a lot of work to be done and we’re very motivated to get back on the ice. It is very exciting to be a part of what (general manager) Jim (Nill) and his staff are building, and it’s important to reward them for the trust they’ve shown with this long-term commitment.”

“Since joining us, it has been clear that Miro is part of a collection of young, rising stars that are now playing in the National Hockey League,” Nill said of Heiskanen, who was selected by Dallas with the third overall pick in the 2017 NHL Draft.

“As an organization, we truly feel that Miro has just scratched the surface of his ability and will be in the Norris Trophy discussion for years to come. On behalf of (owner) Tom Gagliardi, his family, and our organization, we want to thank Miro for his commitment to the team and we all look forward to watching him as he continues to evolve into one of the elite players of the game.”