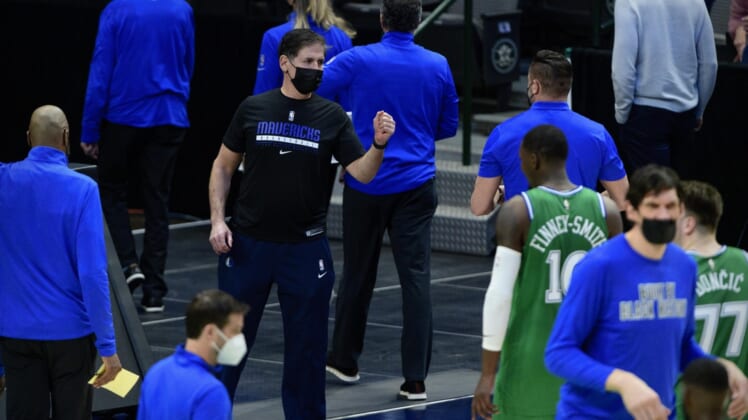 Dallas Mavericks owner Mark Cuban is no longer a fan of the new playoff plan involving “play-in” games among the Nos. 7-10 seeds in each conference, he told ESPN.

Cuban is among the NBA’s board of governors who unanimously approved the concept before this season.

On the heels of criticism from Mavericks star Luka Doncic about the play-in plan, Cuban now cites the added workload caused by a compressed schedule this season.

“I don’t understand the idea of a play-in,” Doncic said Monday. “You play 72 games to get into the playoffs, then maybe you lose two in a row and you’re out of the playoffs. So I don’t see the point of that.”

Because of effects from the pandemic, each team is scheduled to play 72 regular-season games — 10 fewer than the NBA’s usual 82 games per team.

“I get why the NBA is doing it,” Cuban said in a series of messages to ESPN. “But if we are going to be creative because of COVID, we should go straight up 1-20 and let the bottom 4 play in. …

“The worst part of this approach is that it doubles the stress of the compressed schedule. Rather than playing for a playoff spot and being able to rest players as the standings become clearer, teams have to approach every game as a playoff game to either get into or stay in the top 6 since the consequences, as Luka said, are enormous. So players are playing more games and more minutes in fewer days.”

“In hindsight, this approach was an enormous mistake,” Cuban told ESPN.