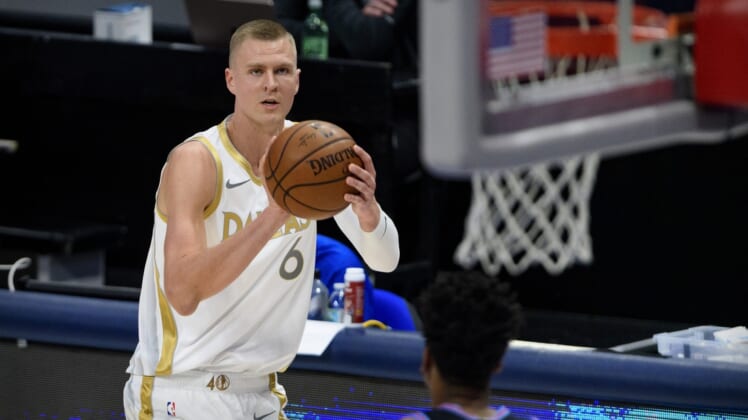 Dallas Mavericks center/forward Kristaps Porzingis is out for Saturday’s home game against the Washington Wizards with a right knee injury, according to the Dallas Morning News.

Porzingis left Thursday night’s 115-105 win over the Detroit Pistons due to soreness in his right knee.

The 7-foot-3 veteran is no stranger to knee injuries. He had surgery in October to repair the lateral meniscus injury in his right knee that he suffered during the playoffs. That setback forced him to miss the last three games of Dallas’ first-round loss to the Los Angeles Clippers.

In February of 2018, in what turned out to be his final game for the New York Knicks, Porzingis tore the ACL in his left knee. That injury forced him to miss all of the 2018-19 season.

The Mavericks (35-27), who are sixth in the Western Conference, cap their two-game homestand Sunday night against the Sacramento Kings.