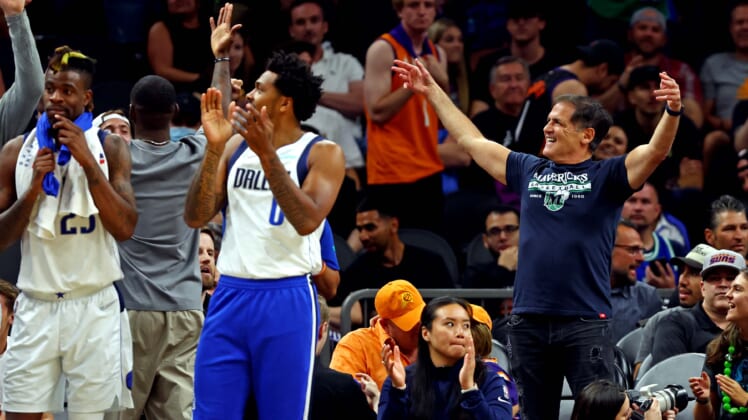 The Dallas Mavericks emerged from their Western Conference playoff matchup with the Phoenix Suns as a winner, but the league came down on the organization on Wednesday for their bench activity during Game 7.

In an official release from the NBA Communications team, the league revealed a $50,000 fine for the Mavericks’ organization for “violating league rules regarding bench decorum“.

As the release details, the infraction stems from multiple players and a coaching staff member not being where they’re supposed to be during the game.

“On multiple occasions, several players and a member of the coaching staff stood for an extended period in the Mavericks’ team bench area, stood away from the team bench, and were on or encroaching upon the playing court during game action”

Chances are, a small (to them) $50K fine doesn’t mean anything to the Mavs.

This is just a way to try and hold the Mavericks accountable for not following the rules to a T.

In any sport, the playoffs bring out the most competitive side of athletes. To see them a bit more excited and out of place during one of the most memorable moments of their lives shouldn’t be cause for concern.

But, I guess the team’s personnel will have to be a bit more careful as they prepare to begin a new playoff series later tonight, starting with Game 1 against the Golden State Warriors.