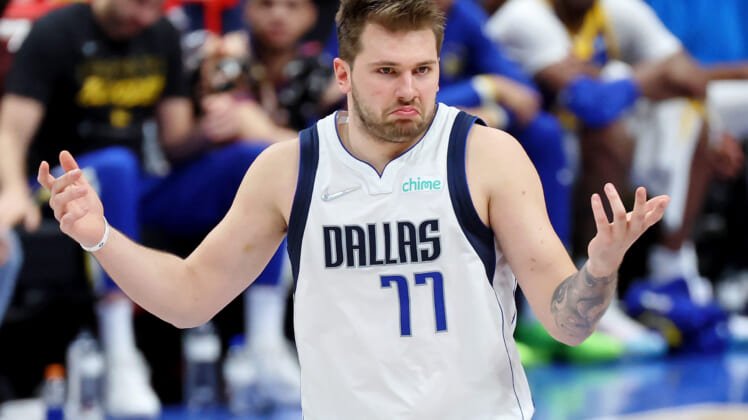 With the Dallas Mavericks’ season ending in the Western Conference Finals after five games, the focus for the franchise will now switch to making the changes necessary to be able to win it all the next time they get the opportunity. And one NBA insider believes the organization could seek out an elite-level big man to help superstar Luka Doncic achieve that goal.

For Dallas Mavericks fans, their season-ending on Thursday night was surely disappointing. However, there was much to be pleased with this season. The team was not expected to get this far and certainly surprised many when they were able to knock off the top-seeded Phoenix Suns in the semifinals.

Understanding that they are not far from being serious title contenders, the organization must now figure out what it needs to do to reach the finals the next time the opportunity arises. During a Friday appearance on ESPN’s show “Get Up,” NBA insider Brian Windhorst suggested the Dallas Mavericks need a talented big man to pair up with Doncic. He also shared that many executives in the league believe Suns restricted free agent Deandre Ayton might be the perfect fit.

Related: Warriors vs Mavericks – 4 biggest winners and losers from Game 5

Could Ayton and Gobert be on the Dallas Mavericks’ offseason wish list?

“So what do you need for the next time Luka gets to the conference finals? I think they need what Kristaps Porzingis was not. They need that big man for Luka to play off of,” Windhorst said. “Where do they get that guy, how do they get that guy? When you talk to league executives they bring up could they get to Deandre Ayton?

“Could they somehow figure out a way to get him as a restricted free agent? I think it’s going to be very hard even though I think he would be a very good fit there. They just don’t have cap space. They have limited assets to offer in a sign-and-trade, but getting a player like that, who defends and can also play pick and roll would be huge.”

Assuming Ayton proves too difficult to acquire, especially since he is likely to want a max contract, Windhorst also suggested Utah Jazz star Rudy Gobert may be a strong second option since there are league-wide rumblings he could be available, despite the team’s public stance that he won’t be moved in the offseason. 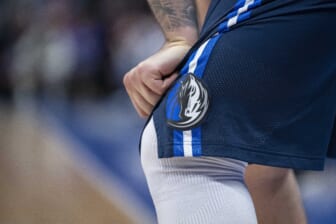 “You also think about a player like Rudy Gobert. Who possibly might be available at some point. The Jazz have made it clear to executives recently that they do not intend to trade Gobert. But if they ever did, the fit that Gobert would be in Dallas — being the backline defense for Luka — would be tremendous,” said Windhorst. “Can they get an elite big man like that, so when they get to this situation again, they’re holding a better hand and it’s not Luka and hoping the role players hit three-pointers?”

The Dallas Mavericks do not have a draft pick in the 2023 annual event, making it hard to draft future picks, and they currently have the seventh-highest payroll heading into the 2022-2023 season.